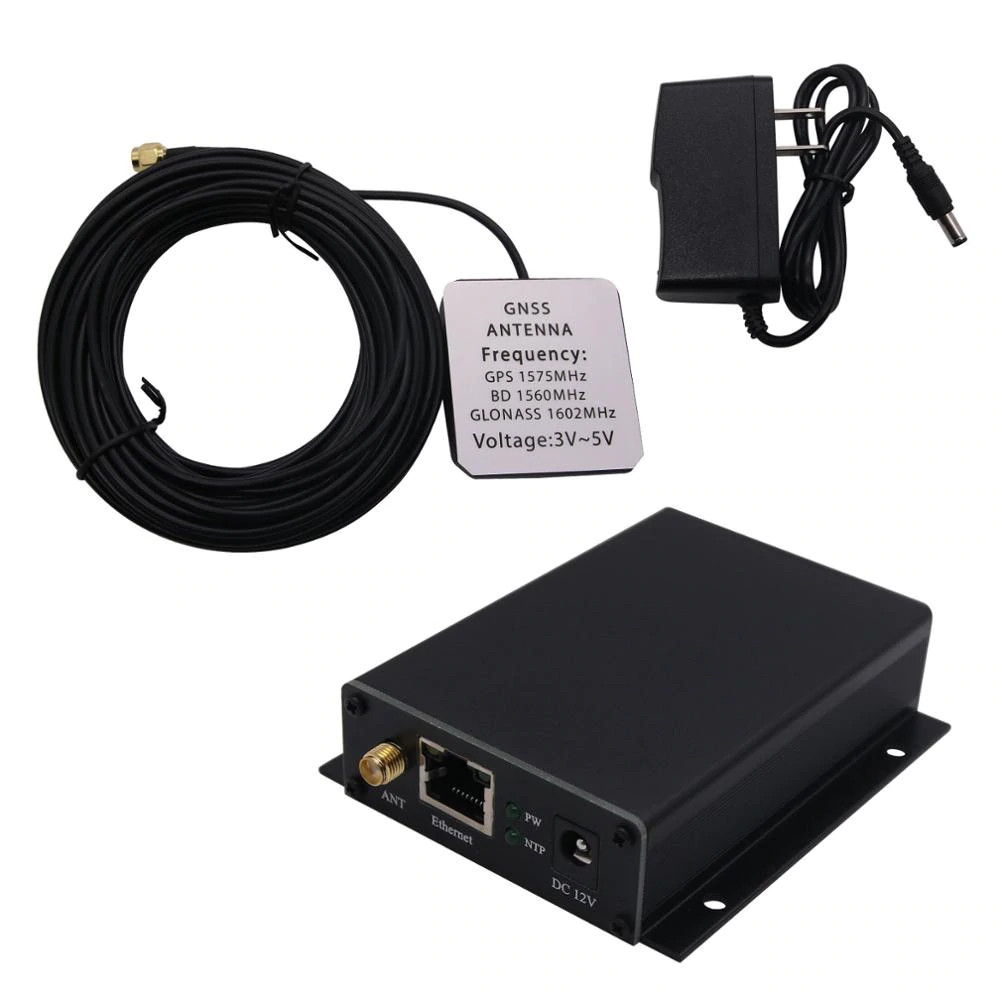 NTP Network Time Server for GPS Beidou GLONASS Galileo QZSS Desktop Ver. DC6-24. Sold on ebay and aliexpress price is around 100€. Device is shipped without user manual or configuration software. That is main reason why product is rated with low stars and there is so many negative feedback on ebay/aliexpress for this device.

GNSS antenna should be placed to place where is has clear visibility to sky on all directions. If you put antenna outdoors, cover antenna with small plastic bucket or sometring like that to protect antenna from direct rainfall, snow and sunshine. Plug antenna to device, plug RJ45, plug power. And you are ready to go.

To configure decvice start NTP-config program. Click NET Connect button. Then click Query button. You hould see current settings. To modify setting enter new values and click Set button. Note. if you change network settings, you must be in same IP subnet with device. Otherwise you might lost connectivity to device during configuration.

You can try to configure device into DHCP mode, but it does not work. NTP-server device does not send dhcp-discovery packets at all. At least these units I have. Use static IP instead. It works.

Dont' rely on NTP Config tool's Search function. It does not work either. To find lost device try arping to addresses and if you see reply from device which mac starts with d8:b0:4c:ff then you likely found device. Unlike most network devices I've seen, this NTP-server is exemplary silent on network side. If you sniff ethernet with wireshark and plug power on, you see nothing, until packet hit's devices IP-address.

After setting NTP-server IP-address to match your network, you're fine. Then set your computer or network devices to synchronize with NTP-server's IP-address.

When you set mode to broadcast using NTP-configuration tool, NTP-server starts to broadcast NTPv4 UDP-packets to 255.255.255.255 broadcast IP-address. Do use use default 10ms interval time, it floods your network down. Because PPS is received once in second, there is no point broadcast time to network more often than once in second. So set interval value greater than 1000ms (1 second). Perhaps broadcast in every 60000ms (1 minute) could be fine.

Addition to NTP-functionality device has NMEA output on tcp/4001. It seems that there can be only one connection to tcp/4001 at same time.

/etc/default/gpsd After gpsd in running, you can visualize data with xgps. 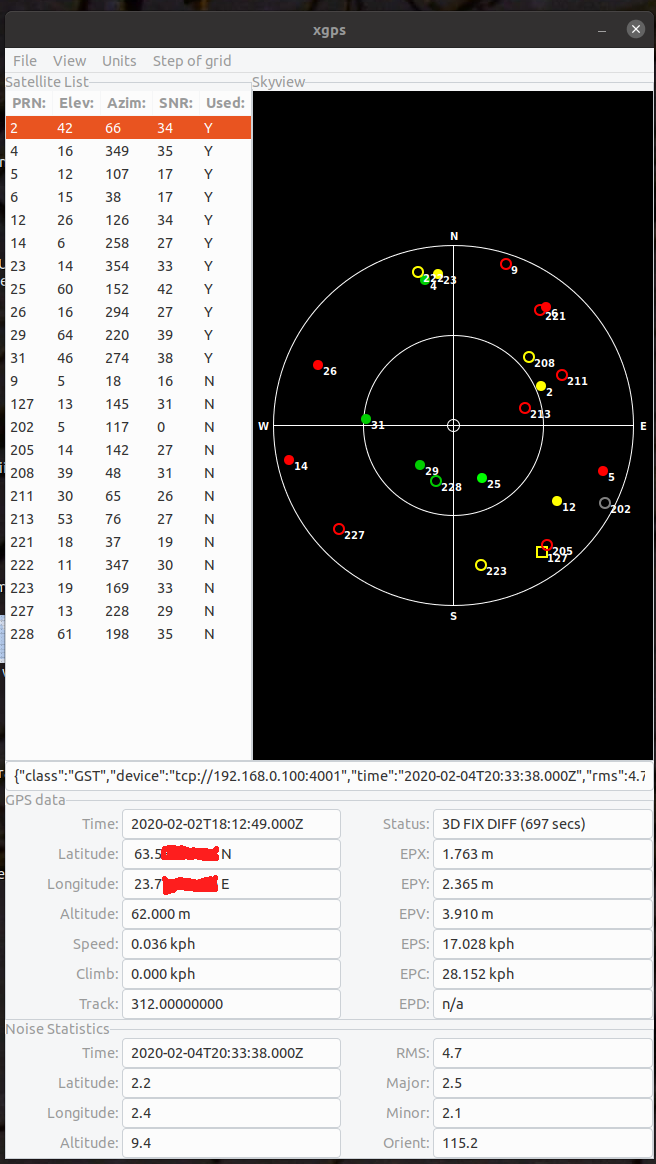 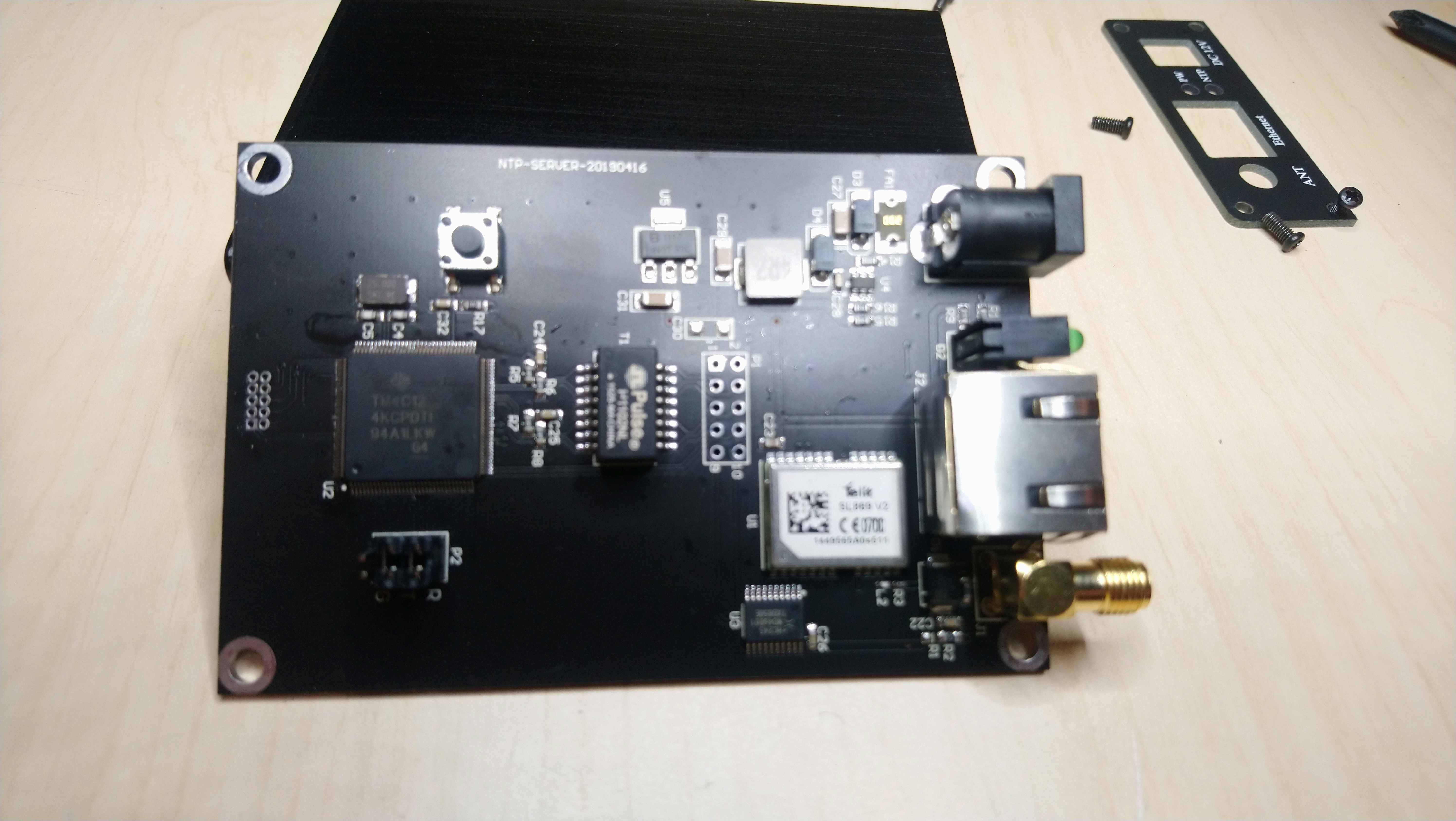 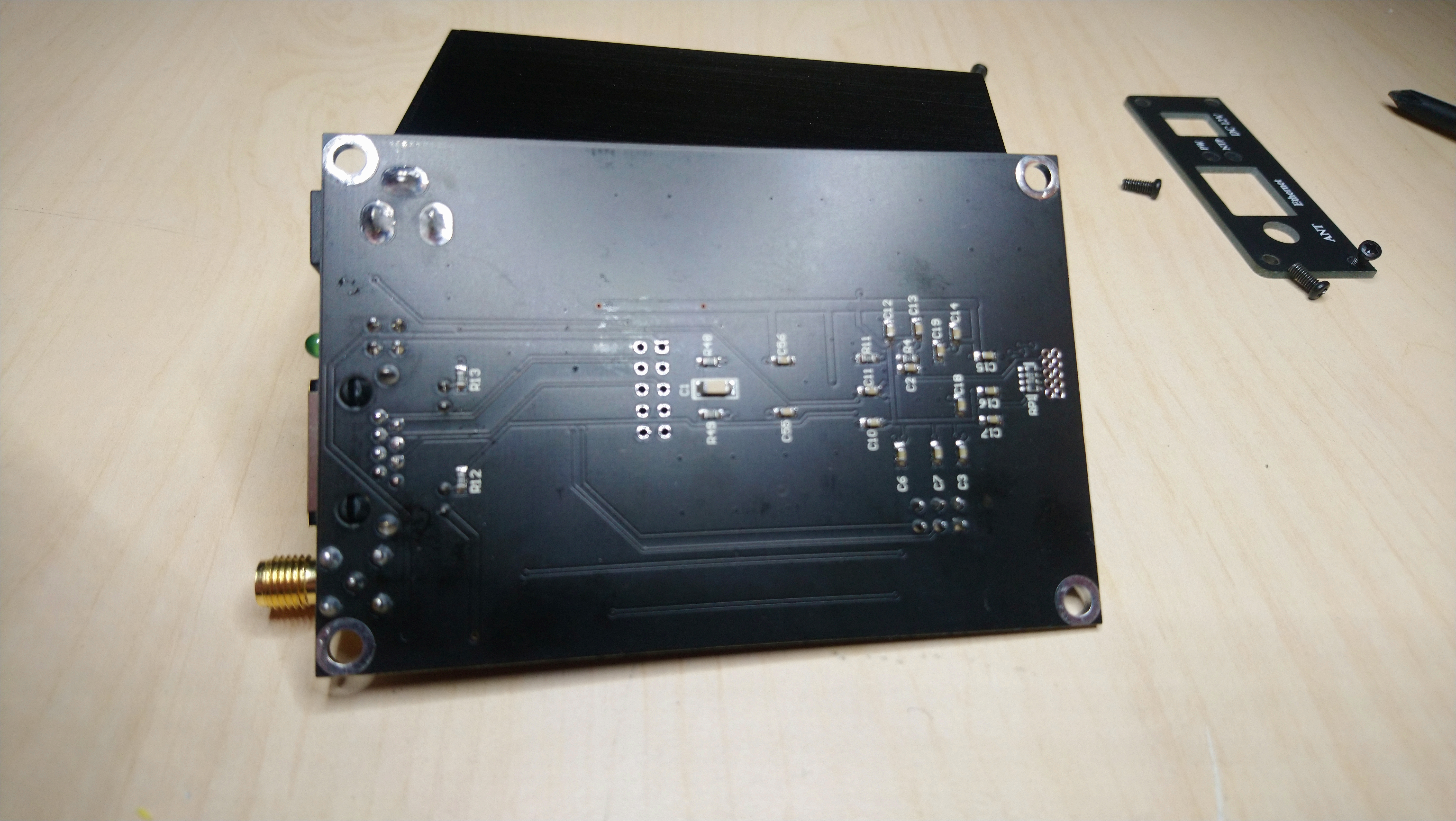 Device has one push button inside. I thought it would be factory reset button, but short press did not change IP-address to default. Device just lost it's nmea location and it took minues before position was available again.

No idea what those do.

There is one empty 10 pin connection place P1 in the middle of ciruit board. Maybe socket for serial port?